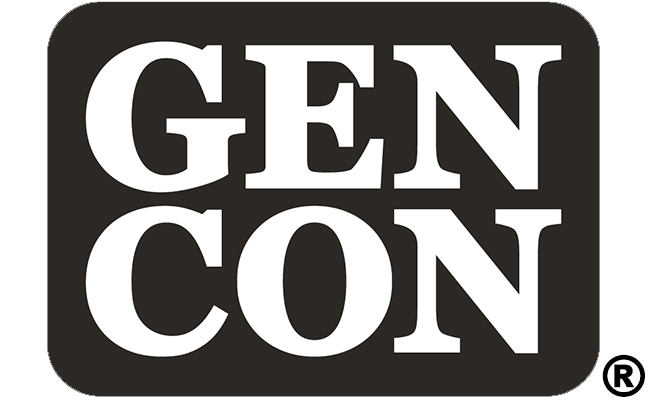 Gen Con is here again! And we’re excited to see everyone for the 10-year anniversary of Castle Panic. We’ll have events, cool new tchotchkes, demos, and our new releases this year: My First Castle Panic and the Castle Panic Big Box.

Events: We have events of all of our games in Hall D: White. There are 3 tables in the hall going throughout the convention. And Justin will be dressed as a wizard to host games of Giant Castle Panic outside of room 212, by the escalator, in the afternoons. Almost all of them are sold out, but you can search for open events here.

Demos: In the booth (#1316), we’ll be running demos of My First Castle Panic, Castle Panic, Dastardly Dirigibles, Bears!, and Here, Kitty, Kitty! Justin will also be available to show you the Castle Panic Big Box in the mornings.

Castle Panic Playmat: Have the whole line of Panic games? How about a playmat to upgrade your copy of Castle Panic? We’ve got you covered! 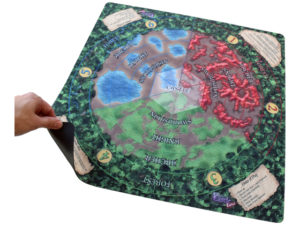 Pin Bazaar: We’re participating in the Pin Bazaar again this year! For the first time, we’ll be offering a pin of the kitty shown on the cover of Here, Kitty, Kitty! Fans of Castle Panic will also love the 10-Year Anniversary pin from Origins 2019 and the Monster Face pin from 2018 Gen Con. You can buy them for $4.95 a piece or get one free with a purchase of $40 or more. 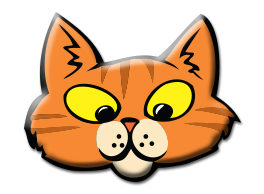 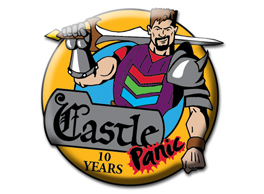 Promos: With a purchase of any game, you’ll receive a free promo. You can also simply buy a promo if you already own the game. We’ll even have the 2019 International Tabletop Day Tower for Castle Panic there! 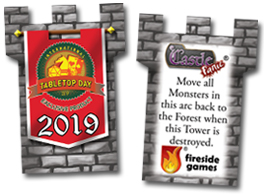 Deals: In addition to all of the games in our catalog, we will have a special discount bin where you can pick up games at great prices before they go out of stock. 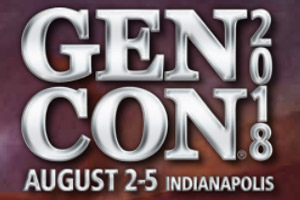 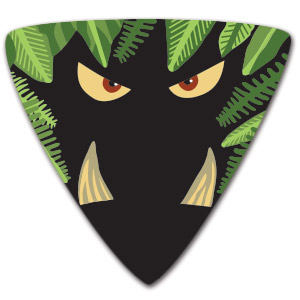 Wow, it feels like we were just at Origins, and it’s time for Gen Con! Our plans are coming together smoothly, and we can’t wait to see you all there.

Drop by and hang out with us in booth 1349. We’ll have fun showing you our new games, giving out promos for those games, and offering you some special convention deals. We’ll even have limited quantities of both Hotshots and Kaiju Crush available for sale.

Demos: If you are looking to try out our new games, Hotshots and Kaiju Crush, we can set you up. We’ll also have demos of Here, Kitty, Kitty! and Dastardly Dirigibles, quick games that will keep you going.

Promos: With a demo or purchase of our new games, you can pick up the special River Tile promo for Hotshots and the Oblique-Checkerboard promo card for Kaiju Crush.

Deals: In addition to all of the games in our catalog, we will have bundles, jewelry for Here, Kitty, Kitty!, a special discount bin, and promo specials.

Events: And if that’s not enough, we’ll have ticketed events with all of the following games in Hall D through Double Exposure. (Thank you, guys!) Players will be given a coupon worth $5 on a purchase of $25 or more. 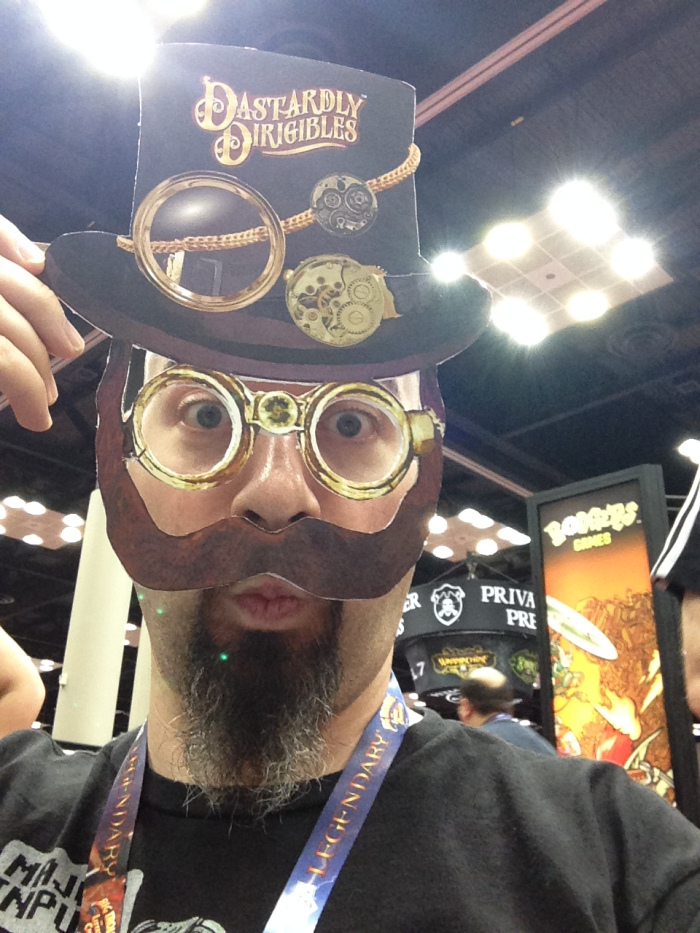 Our steampunk airship game continues to sail to new heights! Two new rave reviews for Dastardly Dirigibles have arrived and we wanted to share them with you.

Internet vs. Wallet has declared Dastardly Dirigibles to be a great game for some light family fun.

“We found ourselves coming back to this one often.”

Meanwhile, over at Guslado’s Games, Guslado gives a recap of his Gen Con experience and awards our game 4 out of 5 stars. Thank you good sir, and a most dapper countenance you have there! It warms our cogs and gears to hear about the love for Dastardly Dirigibles. Best of luck to all of you as you race to build those beautiful blimps! 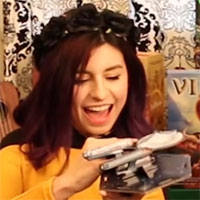 Lt. Uhura: Captain, we are receiving multiple transmissions. They appear to be Star Trek Panic reviews.

Mr. Spock: My sensors confirm they are positively charged.

We are super excited to have launched Star Trek Panic out into the universe and even Mr. Spock agrees it’s a hit. If you aren’t convinced by his cold, Vulcan logic, then maybe these great reviews coming in from around the web will sway you!

Let’s start with this hilarious unboxing video from GameWire, where Pep and Bebo crack open the box and look inside. With both of them being huge Star Trek fans, there is more than a little squee-ing in this one, and it’s really hard not watch this with a huge grin.

From there, Vincent Paone at Dad’s Gaming Addiction gives Star Trek Panic an amazing 9 out of 10, adding, “Star Trek Panic fires its phasers in true Trek fashion and then some.” You can read the short review at dadsgamingaddiction.com or watch the whole video with a detailed breakdown of components and rules right here.

Over at Bower’s Game Corner, Forrest Bower’s glee is palpable as he exclaims, “A home run, no-brainer. If you’re a Star Trek fan, absolutely check this one out.” He goes on to add, “This might be one of my favorite games of 2016.”

Joel Eddy from Drive Thru Reviews has a hard time containing his enthusiasm as well, stating, “It’s really, really fun. It just puts you right into that fun aspect of Star Trek.” He also says, “If you’re a fan of any of the other Panic games I would 100% pick this up.” We couldn’t agree more!

Trent Howell of The Board Game Family proudly declares that “Star Trek Panic is a blast!” As a long-time fan of Castle Panic, Trent has to admit “Star Trek Panic now tops the list as my favorite of the “Panic” board games.”

If you want to boldly go where no Panic has gone before, you can pick up a copy of the game in our store right now. If you’re still not convinced, make sure to visit us at Gen Con this year in booth #743 to play a demo, pick up the exclusive promo card, and get an extra U.S.S. Enterprise with purchase! 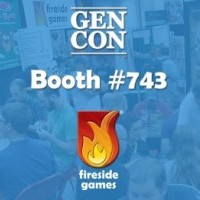 Final preparations are underway for Gen Con 2016, and we couldn’t be more excited! We’ll have free demos, promos, events, and all kinds of fun! Free Demos in Booth #743: Want to check out the latest games from Fireside? This is the best way to make sure you’re taught the rules correctly with friendly people who want to make sure your experience is great. We’ll be demoing Star Trek Panic, Here, Kitty, Kitty!, Dastardly Dirigibles, and Bears! in booth #743. Extras: Dastardly Dirigibles winners can pose with the dapper Heir-on-a-Stick to show their win to the world. And purchasers of Star Trek Panic receive a spare U.S.S. Enterprise! It’ll look great on your desk. That is, until you need to replace the one in your game after all of that damage!

Events: This year, Fireside Games is hosting events for the first time! We sold out of our original events within 3 days and opened up more. Just 4 seats remain open. One for Dead Panic, and three for The Village Crone. Click here to sign up. After you click on the link, select the Board Game category to find our events. Hope to see you there!