Join Steve Jackson Games and Munchkin Panic designers Justin and Anne-Marie De Witt from Fireside Games on Facebook Live this Thursday, 5/4, at 5:30 p.m. Central time for a Q&A about the game! We’ll also be giving out a copy of Munchkin Panic, signed by Steve Jackson!

Here’s your chance to ask us all those burning Munchkin Panic questions you’ve been storing up! You have been storing your burning questions haven’t you? Ask your questions with the tag #AskFireside and we’ll pick the best to answer on stream! Tune in to the SJ Games Facebook page for the live stream! 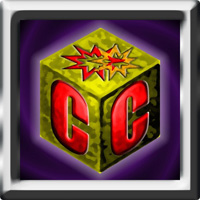 While it’s always fun to sit down and talk with somebody about our hobby, some interviews are just more fun than others.

A few weeks ago, Justin sat down with Jeffery from the Critical Condition Podcast and this was definitely one of the fun ones.

If you’ve ever wondered how Fireside Games got started or what games Justin wishes he could design, this is the podcast for you.

In addition, they discuss some interesting tidbits about the nature of the hobby game industry, cooperative vs. competitive game design, and even get into the history of Bloodsuckers!

Give your ears a treat and take a listen HERE.

At BGG.Con 2014, Anne-Marie & Justin sat down with Phoebe Wild from The Cardboard Vault to discuss Munchkin Panic and the just-announced Castle Panic expansion The Dark Titan.

Phoebe catches Justin in a sharing mood and gets him to reveal some secrets about The Dark Titan.

In the video interview Justin gives more detail on how the new Support Tokens work and what some of the new Monsters bring to the game. He also shares some info on how Agranok’s adjustable levels of difficulty work, giving you control over how hard you have to play.

Attention then turned to Munchkin Panic. Anne-Marie explains how Munchkin Panic upends the expectations of Castle Panic players, adding Treasure and Backstabbing to the familiar cooperative style of play.

She goes over how a turn plays out and some of the variations in how you slay Monsters by using Treasure cards and how you use Curses to boost your advantage over the other players. You’ll want to watch this video if you still aren’t quite clear on how the games differ as it gets to the heart of why Munchkin Panic is such fun and how it offers you a new play experience.

Check out The Cardboard Vault’s YouTube Channel for loads of interesting videos from BGG.Con 2014 about all your favorite games.